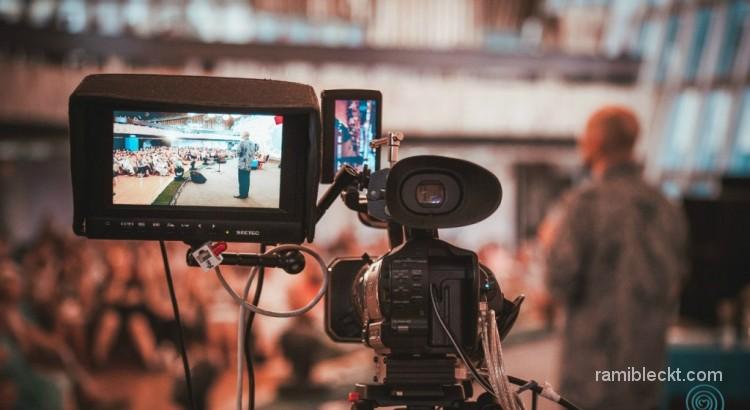 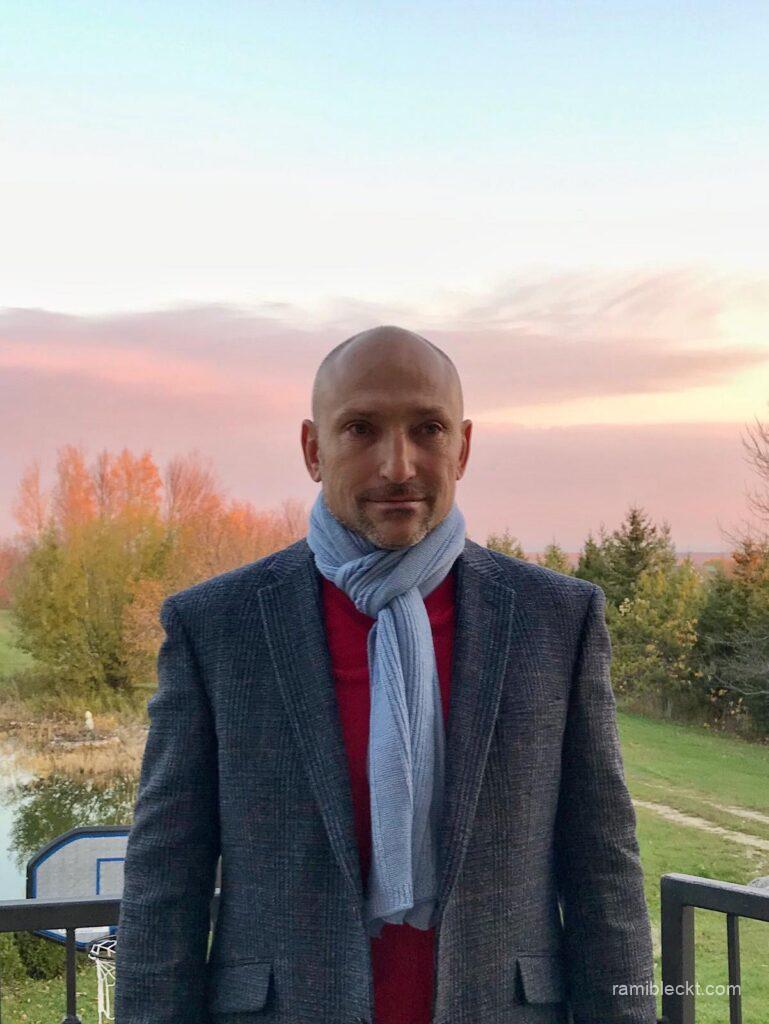 Rami Bleckt is a writer, Doctor of Philosophy (PhD), Doctor of Psychology (PhD), psychic Vedic Astrologer. He is a consultant for the heads of major companies. He successfully conducted seminars and business trainings for top managers and the executive figures of gigantic corporations. Rami is independent spiritual teacher, who combines ancient wisdom with modern best scientific researches.

Now a successful psychologist, writer, spiritual teacher and a father of four, Rami (started out) as a student in the military academy in St. Petersburg.

In the military academy, Rami has studied a lot of psychology and familiarisation with different psychological techniques has led him to outstanding achievements in sports – he was given the title of Master of Sports in several disciplines. These techniques also helped improve the quality of his learning at the Academy. Together, these resulted in a fundamental trust in the power of psychological methods, and a conviction that our subconscious and our internal state of mind have a great influence on our lives.

During his studies, Rami began reading Christian literature, and later Eastern philosophy and other religious books. After his graduation from the Academy, he served as an officer in Airborne and Special Forces. He started to learn the basics of religions and continued studying sports psychology, wrote articles, and was an active member of the military scientific society. Plunging deeper into the studies of yogic practices and Vedic literature, he realized that they were the basis of successful psychological techniques used by his teachers in the Military Academy. This sparked a much more profound interest in the wise legacy, left to the world by the ancient India.

Having taken serious interest in Vedic knowledge, Rami left military service and spent the next five years living as a monk.

During that time, he was travelling and stayed in different Ashrams in India and other countries. He studied spiritual practices, ancient Hindu astrology and medicine, and Eastern and Buddhist philosophy and psychology.

While continuing to study and work on his own character improvement, Rami started popularizing the received knowledge and wisdom. In 1995, he began giving personal consultations to people. He also began teaching the fundamentals of Eastern and religious psychology on college campuses. He started conducting the lectures and seminars that have since ignited great interest in Russia, Canada, the USA, Lithuania, Kazakhstan, Israel, and Great Britain and other countries. 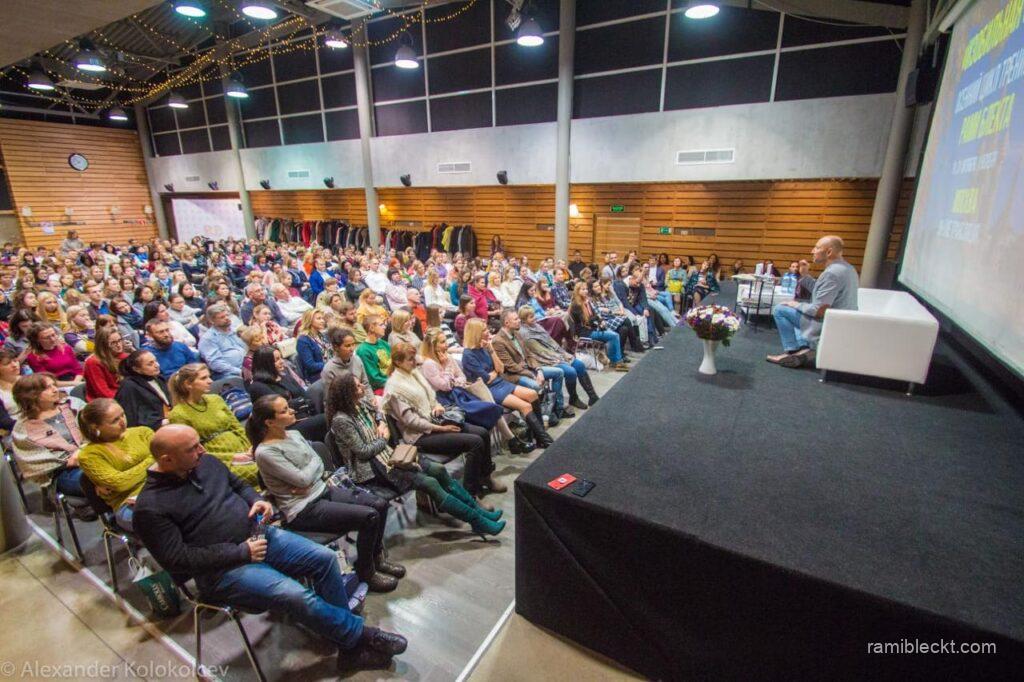 Courses and workshops by Rami Bleckt:

The Anatomy of Success

Practical Techniques of Eastern Psychology for a Westerner

The Influence of the Planets on our Destiny and Health

Four Steps on the Way to Highest Harmony

The Alchemy of Happiness

Fast Personal Growth with the Help of Eastern Psychology

Ten Steps on the Path to Perfection

The Relationship Between Man and Woman

After a suggestion from the Russian Ministry of Internal Affairs, he has conducted volunteer lectures in hospitals, military quarters, prisons and educational institutions.

In May 2008, Rami Bleckt graduated from the American Vedic Research Institute, having completed a course in Vedic Astrology. The head of the Institute, Dr. Frouly, personally presented him his diploma as recognition for graduating the most prestigious Vedic education centre outside of India.

Rami has been studying Vedic Astrology for 20 years and consulting and teaching this ancient practice for more than 15 years now. 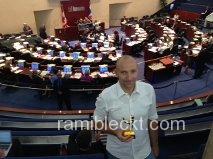 While studying in the military academy, Rami Bleckt ended up as a part of an experimental group, which prepared officers for the Soviet Army Elite Paratroopers Brigades. Well-known military psychologists, psychotherapists and teachers were working with this select group of students. The goal was to try and answer such questions as ‘what are one’s limits when under extreme pressure? Does one’s internal state of mind influence their ability to achieve specific goals? Is it possible to create a super- warrior from an average person by changing their internal state of the mind?

Rami has been seriously studying different kinds of psychology since 1987. He has lead the International School of Eastern Psychology for 15 years. Currently this course is lead by his students.

Rami was elected best teacher at the fifth international festival of Stars of Western and Eastern Psychology in 2004. In 2007, he received the international award of ALQUIMIA as Person of the Year in Workshop Trainings. (Details are available on the website www.premia-alhimia.ru).

Since 2006, every March Rami has been holding a festival of leaders of Eastern and Western psychology in Israel. By professional repute, this forum is considered one of the best in its category in the world.

Rami Bleckt is the author of over 100 educational articles, ranging from research on consciousness and role of the subconscious to, the influence of the planets on the human psyche, the nature of the mind and its effect on our life, a correlation between one’s fate and their character.

Rami also wrote a book titled “Destiny and Me”. He regularly participates in mainstream radio and TV programs in several countries. His articles are constantly featured in popular newspapers and magazines.

Self-Guide to a wholesome personality – 10 steps on the way to health, happiness and success (2007)

Three Energies. The Forgotten Canons of health and harmony (2008)

The Alchemy of communication. The art of listening and being heard (2009)

Journeys in search for the meaning of life. A story of those who found it (2012)

Search for the true meaning of life. Conversations with those who found it (2013) Notes of the spiritual adventurer (2013)

These books stood the test of up to 7 republications and some of them are translated to more than 10 languages. 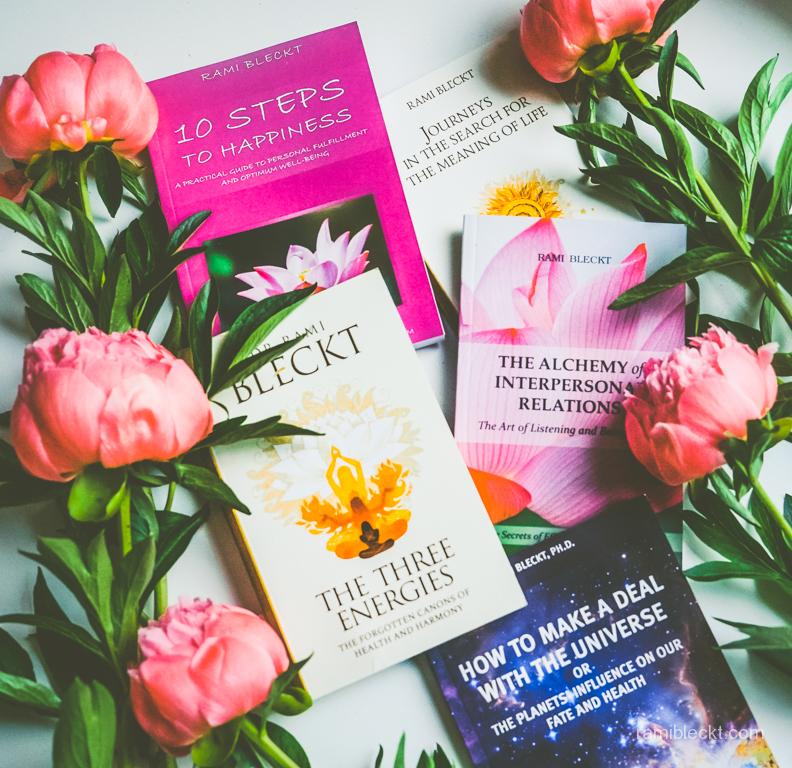 On volunteer basis Rami directs the International Association of Eastern Psychology. The main objective of this organization is to help people become healthy, happy and harmonious with the guidance of ancient wisdom. Rami is not a follower of any religious or political movement. Himself he has no desire to create any kind of organization.

In 2001 he has created his own school of ancient Indian astrology. Currently the teaching takes place in cities or Russia, Ukraine, Kazakhstan, Latvia, Germany, Czech republic, France, Great Britain and other countries.

Since 2009 the publishing group ‘Blagodarenie’ has been releasing and distributing Rami’s books and organizing his meetings with the readers. In 2016 its executive director has been awarded with 2 prizes: ‘The Honorable Citizen of Russian Federation’ and ‘The Supervisor of The Year’.

Since 2013, he has been holding a unique festival, called “The Personality of the Golden Age”, in Hungary. The festival combines education about self-development with the methods of eastern psychology and health and wellness programs.

From March 2006 to 2010 Rami annually held the ‘International Festival of the stars of Eastern and Western Psychology’ in Israel.

In May 2014 he was awarded with the ‘Russian Oscar’, the ‘Prestige’ prize for Russian-speaking population of Canada, which made a cultural input in the social development. The ceremony was attended by the General Consul of Russia, the Canadian government and the mayor of Toronto.

Between 2016 and 2017 he had dedicated 7 months to make a trip around the world with his family, conducting seminars, visiting sacred places and meeting spiritual leaders, masters of psychology and medicine.

Rami Bleckt is known as a:

Someone who changes people’s lives for the better