I read this article and wanted to share it with you. Once I got inspired by a similar article about an entrepreneur from Russia. I am not a fan of seeing garbage out there. I clean up garbage on streets when I can, and teach my children to do the same. I highly recommend this selfless service as it purifies the heart, the mind and the environment around you.

Editor’s note:
I had an honor of attending one of the retreats with Rami in Bahamas (Nassau). The beach had a lot of garbage, plastic and debris. We started to clean up the beach with Rami. We continued to collect the garbage even during the heavy rainfall, and collected total of six 40-litre bags of garbage and other debris. Next year Rami visited Bahamas again, and the beach remained clean. This December we are planning to continue this wonderful tradition in Vietnam.

The picture below is the beach in Bahamas after cleanup: 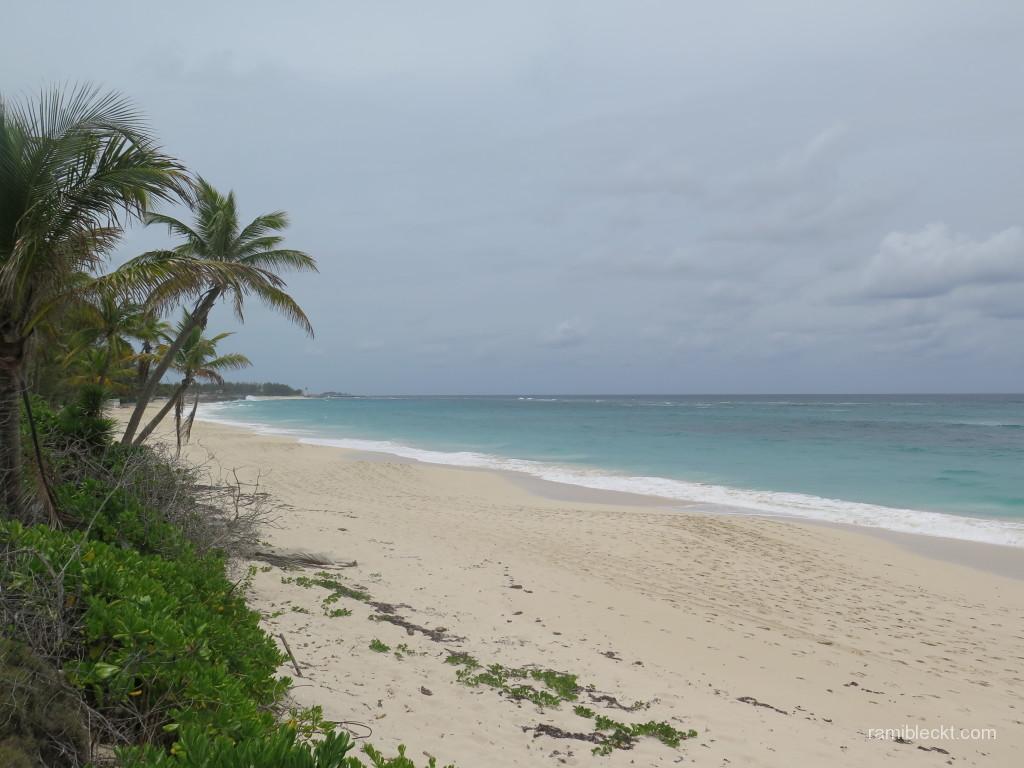 If you face an impossible situation but want something with all your heart, the world comes to help, says Rainer Nõlvak, the Chief Motivator of Let’s Do It! World and one of the initiators of Let’s Do It! movement to Äripäev newspaper.

“I’m a solitary type of a guy and I like to wander around in the forest.  At some point I started noticing, that I’m no longer alone in the woods – there was a remarkable amount of car tires, dressers and plastic bags. This combination felt violent. I thought that I should make one effort to change this – if this doesn’t help, I guess I have to move to Mars. And I thought – I will make this effort, because if I didn’t do it, I will wake up one day as an old man, look at the mirror and realize I should have taken action.”

Rainer Nõlvak was a busy businessman before Let’s Do It! and still loves to be engaged with start-ups. Having created a popular news portal Delfi that spread to several countries and producing lap-tops, he had secured himself financially. But what else? Is that all? When his friend Toomas Trapido told him that he has an idea to clean up the whole country as part of a civic action in about five years, Rainer said his famous words: “Stop, we will do it! But we will do it in one day!”

What happened after? See for yourself in this short 5 minute video. Naturally, that was not the end. This is why Let’s Do It! is now a world wide movement – one man’s dream inspired hundreds of top professionals, they mobilized 50 000 people and this started an international movement.

“All things are bigger than me,” Rainer says. “This could be characteristic of the Western culture, that things you do, must always be bigger than you.”

Young people don’t buy cars anymore
Rainer has a strong belief in the younger generation. “I think young people are giving good signals with their behaviour. Look at the world car industry – everyone has a problem. People in 20s don’t buy cars anymore. One reason is naturally that they don’t have the money, but the other reason is that they don’t want to pollute this planet. They don’t buy houses. They don’t even buy apartments. They don’t want things. I think this shows the progress of homo sapiens in right direction. I think my generation is much worse in this sense – just look at these piles of things we pile up daily. I think young people are cool this way.”

“I think it’s better to produce less. That is the important modern day message. Economic growth in its classical meaning is not reasonable. The planet has its limits, and we have cultivated most of our lands, fished most of the fish from the ocean. We have poisoned internal water bodies with fertilizers. It is not reasonable to make this process even more intense,” Rainer believes.

A tip to solve problems

Rainer has been involved in many projects that a “regular person” would consider crazy or impossible. “Impossible!” was what he and his team heard many times when telling organisations and people about the idea to clean up an entire country in just one day.

“There is one rule about impossible problems that I accidentally stumbled on,” he explains his vision and continues, “When you drive a car and imagine facing a concrete wall, then a normal action would be to stop and think what to do next. It is unrealistic to drive through a brick wall.”

Rainer has noticed that weird things happen during the time of big social changes. “When you see that brick wall and add speed and people see that you are desperate, that you REALLY want to go through that wall, they will come and show up in the last moment to help you, because they feel sorry for you,” he shares. This means personally going out of the comfort zone and taking as big a risk as possible.

“Maybe there are leaders who know how to calculate things in an Excel chart, to send out an e-mail and say that things should get done. I don’t know how to be that kind of a leader. I have also never seen that this would spark people,” he is convinced.

With Let’s Do It! action in 2008, Rainer admits that he can’t say that everything was planned to detail. Chances and coincidences always play a role as well. “This might sound obscure, but when you really want something, the world will come and help. Without truly wanting something, they will not come.”

“We worked so hard with ‘Let’s Do It!’ – our working days lasted till 2 am, because it was not so easy to figure out how to clean up an entire country in just one day. Rainer believes, that this brings along growing as a team. It is not about always being able, because the team will support when one of the team members is exhausted.

Why some things succeed and some do not?
Rainer believes that to lead a project or a cause is not something one can do alone. A good leader needs to involve people who help to keep the wheel. But just as important is also to be the person that is ready to drive through a brick wall when needed.

“The goal has to be set right. If all the other components are there, then it’s all about the essence of the leader. If this essence is there, you can fly, if not, you’ll end up crashing against the wall,” he admits.

Rainer recalls his 30s when he felt that he didn’t have it in him anymore. He just wasn’t feeling it. This can happen to everyone. He got over it by returning to sports. “Sports that require endurance have a good advantage – you learn to push hard. And however unbelievable, trying hard can become pleasant. You try so hard that you feel the limits of physical pain. I felt that level of pain and it was an interesting feeling for me. I realized that effort is nothing special,” he shares. Now, whenever he is feeling down, he goes for a run or a bicycle ride. Recently, while building his house in an island, Hiiumaa, he chopped wood or broke stones for a pedestrian road. Rainer is a believer that physical activity helps.

What else does Rainer like? He likes to “be in the future”, because there are many futures. “I can create future all the time – new futures. For free. And they can be so mighty and powerful, that the present doesn’t even compete. That’s what I love to do,” he concludes.